NEA is a statutory board of the MEWR

National Environment Agency (Abbreviation: NEA; Chinese: 国家环境局; Malay: Agensi Sekitaran Kebangsaan) formed on 1 July 2002, is a statutory board under the Ministry of the Environment and Water Resources in Singapore.
As a statutory board, it gives NEA greater administrative autonomy to be more nimble in the protection of the environment.

Singapore’s electricity tariff is one of the most expensive in the world?
Why is price of electricity not decreasing when Singapore is heading towards Energy Efficiency, and economies of scale?

The Energy Efficiency National Partnership (EENP) was launched in April 2010 with 49 founding partners.
The EENP is an industry outreach programme by NEA, the Energy Market Authority (EMA) and the Economic Development Board (EDB).
Since the launch of the EENP in 2010, the number of partners has increased from 49 to 95 companies as of end March 2011, with partners from sectors such as electronics, wafer fabrication, refinery/petrochemicals and pharmaceuticals.
http://www.nea.gov.sg/cms/ar2011/safeguard-6.html

Haze plans?
What policy has been implemented to curb haze problems over the decades?
Is there any emergency plan to stop outdoor work?

http://www.nea.gov.sg/psi/
Singapore has been affected by severe smoke haze due to forest fires in the region periodically. This is due to the common practise of open burning to clear land for agricultural uses. It can be made worse by dry seasons, changes in wind direction and poor precipitation.
Prevailing winds sometimes carry smoke haze produced by the forest fires over Singapore’s skies. This is especially so during the Southwest Monsoon Season.
http://app2.nea.gov.sg/anti-pollution-radiation-protection/air-pollution/haze#sthash.hIlJrCTk.dpuf 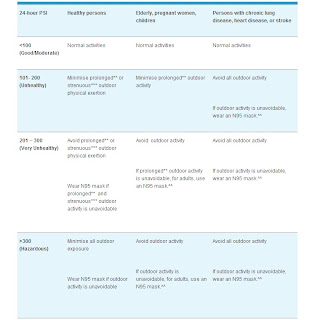 In 2012, it was announced that public cleaning will be integrated and managed by a new department under the National Environment Agency (NEA) – the Department of Public Cleanliness (DPC). This initiative hopes to improve cleanliness standards in the long run and allow greater integration of cleaning works for better service quality and efficiency. DPC will leverage on technology to achieve this.
http://app2.nea.gov.sg/docs/default-source/corporate/cos-2013/factsheet-on-department-of-public-cleanliness-(dpc)-factsheet-on-licensing-and-accreditation-of-the-cleaning-industry.pdf?sfvrsn=0

Is NEA being used as a political tool?

Drama spiced up Parliament proceedings on Tuesday when Minister for Environment and Water Resources Vivian Balakrishnan accused members of the Workers’ Party of lying over the issue of the cleaning of hawker centres in a constituency overseen by the opposition group.
Balakrishnan said Sylvia Lim and Pritam Singh, chairman and vice-chairman of the Aljunied-Hougang-Punggol East Town Council (AHPETC), respectively, made “false” and “untruthful” statements.
Balakrishnan said a group of hawkers had emailed a property manager of the town council to confirm the spring cleaning of the hawker centres. They were told to liaise with the National Environment Agency (NEA) as “spring cleaning is a practice set by NEA”.
http://sg.news.yahoo.com/vivian-balakrishnan–sylvia-lim-trade-barbs-over-hawker-cleaning-saga–133407793.html

Hazy?
Since NEA knows when the haze will come – then why did it take about 60 hours (from the time the PSI exceeded 300) to distribute the face masks to the retailers for sale to the public as well as the one million masks for free distribution to 200,000 needy families?
Why was there a shortage of masks in Singapore?

The National Environment Agency (NEA) said in its daily media conference that the 24-hour PSI forecast for Wednesday (26 June) is expected to be in the moderate band of 51-100. The forecast for the PM2.5 level remain elevated in the unhealthy range, thus the health advisory will follow that of the “Unhealthy” band of PSI 101-200.
This means that healthy people should still minimise prolonged or strenuous outdoor physical activity while those who suffer from chronic lung and heart problems should wear an N95 mask when outdoors.

Be prepared?
Can the NEA announce and prepare Singaporeans as to exactly what they should do and can expect from the NEA, if the haze returns?
http://sg.news.yahoo.com/nea–be-prepared-for-haze-to-return–132520202.html