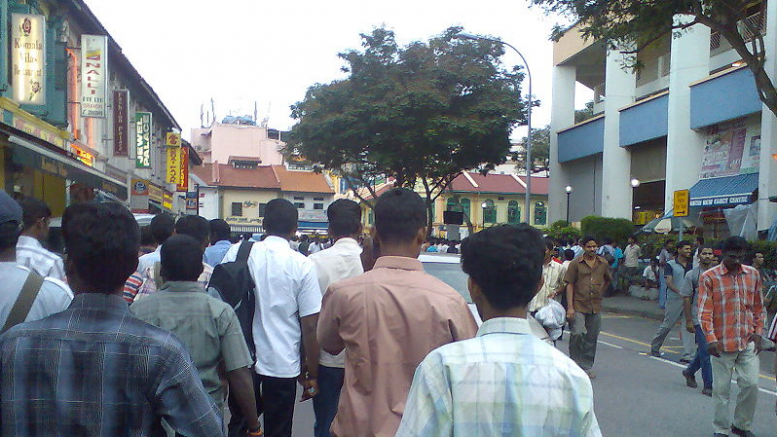 Is this ‘2 full page’ ‘Insight’ article on ‘helping low-wage workers’ in the Straits Times arguably, full of  ‘contradictory statistics’?

It states that “Cleaner Sucila Rajoo, whose basic monthly salary was $600 when she started work 18 years ago, now earns $1,300, plus an incentive of $100 a month for good attendance and performance. The mother of three has much more financial freedom and can even set aside money for short trips to places like Indonesia, Thailand and Malaysia, thanks to measures that have been introduced to significantly boost wages of workers like her.

As to “Eighteen years ago, cleaner Sucila Rajoo started work with a basic monthly salary of $600.

Over the years, her salary rose at a snail’s pace, making it hard for the mother of three to make ends meet.

It was only about five years ago that her salary began growing at a much healthier rate.

Now she earns $1,300, plus an incentive of $100 a month for good attendance and performance.

It is no coincidence that her salary picked up back then. Since 2012, measures, such as the Progressive Wage Model (PWM), have been introduced to significantly boost wages of workers like her” – this seems to give the impression to readers that “Eighteen years ago … cleaner(s) … basic monthly salary … (was) $600”.

However, “According to the 1999 Singapore Yearbook of Manpower Statistics” … ‘the mean and median monthly basic wages in 1999’ for  ‘cleaners, laborers and related workers’ was ‘$1,042 and $1,015′”, respectively (source: “Compensation systems in Singapore” pages 5 to 6, by David Wan and Chin Huat Ong, Sage Publications, July/August 2002).

So, how is it possible or appropriate to give the impression to readers that the monthly basic salary of cleaners was only $600 – 18 years ago in 2000, when the official statistics above cited $1,015 in 1999?

So, if the Straits Times said that “in 2000, the median gross wage for cleaners and labourers was $1,277” – how is it possible or appropriate to give the impression to readers that the monthly basic salary of cleaners was only $600 – 18 years ago in 2000?

With regard to “For now, PWM is mandatory only for those in the cleaning, security and landscaping industries

This model sets the minimum wage these workers should be paid, depending on their skill levels.

As they upgrade their skills, they get paid more.

Also in 2012, the National Wages Council (NWC) began spelling out how much of an increment companies in general should give low-wage workers.

And so, workers are now reaping the benefits of this focused approach

However, unionists are calling for even more to be done.

For starters, the National Trades Union Congress (NTUC) has begun polling low-wage workers in the food and beverage (F&B) sector, with an eye to extending the PWM to them.

But this would have a wider impact on society. Raising wages in the food industry could lead to higher prices for consumers.

Indeed, widening inequality in Singapore is a hot-button issue.

Addressing it has been described as a national priority by the fourth-generation government leaders. Boosting the livelihood of low-wage workers would help.

A large proportion of low-wage workers are over 60, according to figures from MOM. Last year, 35.8 per cent of workers earning less than $1,000 were 60 and above.

The PWM contributed to a 11 per cent and 18 per cent boost to basic wages in the cleaning and security sectors, respectively” –